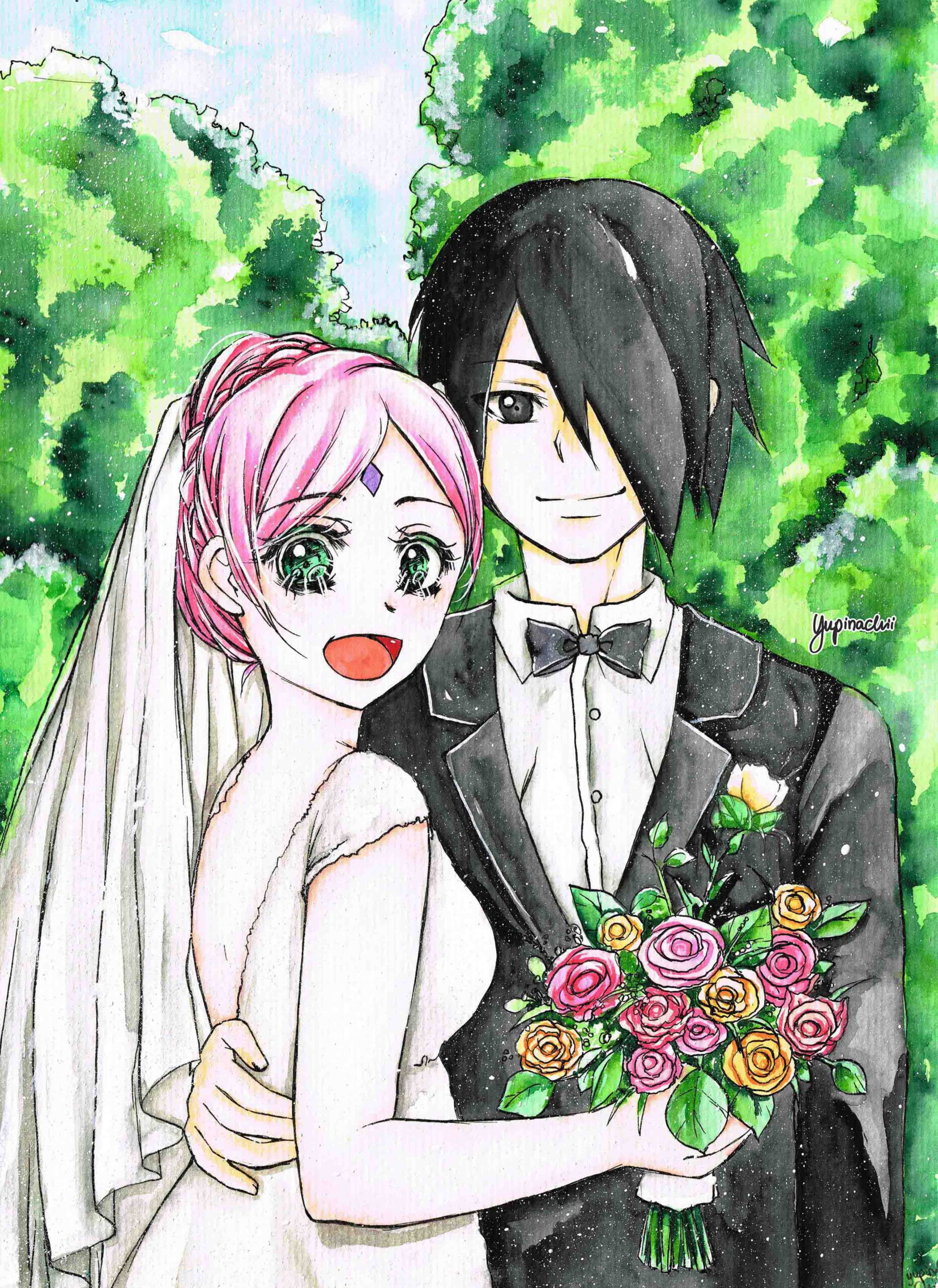 This is a traditionally drawn A4 watercolor commission I recently drew for @washedbyblood , as Christmas gift to the lovely @kaitmiller95 He had send me their favorite wedding photo, and knowing their love for Sasuke and Sakura of the Anime Series NARUTO, through which they both met on twitter, we ended up going for the idea of incooperating those into their wedding picture within my artwork. So now, it’s not only their wedding picture but also their SasuSaku fanart.

So much love and memories were poured into it while working on it, even from my side considering I met them in the same way. For these two sweethearts even more huge  for sure as it IS their wedding photo, but just as note that there is a lot more in it than just a drawing of an existing photo!

Thank you again, Papasuke, for messaging me about this, and thank you, for being there, being you, being together.
I love you guys a lot and am sending hugs over! 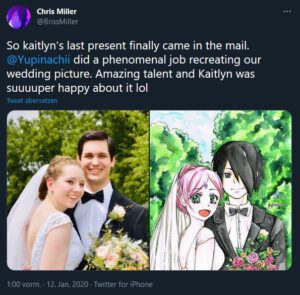 VIEW ALL POSTS BY Yupinachii

Freelance Artist since 2019. Does Video Stuff since more than over a decade, went to school for that and eventually ended up as Content Creator on YouTube & Twitch because entertaining and bringing smiles fulfill me the most. Mainly draws Comics and Food in Watercolor.